Eight new entrants and four franchise groups made it into this year’s Top 25 Brokerages ranking, revealing the eclectic mix of successful brokerages. Find out who took the top spot. 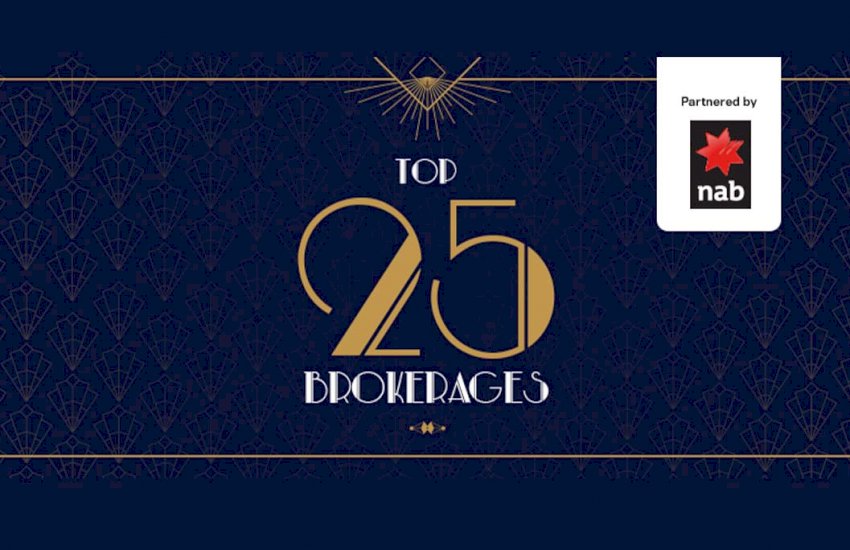 This year, more than 70 brokerages from across the country entered their statistics for the 2016 financial year, including volumes, number of loans written, years in business, overall book size, staff numbers, prime lender and more.

Overall, the Top 25 Brokerages ranking, which is partnered with NAB, welcomed eight new entrants, a clear indicator that Australian mortgage businesses are continuing along a strong growth trajectory. Data collected form the 25 groups was based on the 2016 financial year – a period of significant growth in home lending supported by a buoyant real estate market.

Collectively, the Top 25 have built a loan book valued at $198.7 billion, up 4.6 per cent from last year. Total volumes slipped marginally by 1.03 per cent and broker productivity fell significantly – down 10.23 per cent.

The number of brokers has increased by more than 10 per cent this year, indicating that the 162,519 loans settled over FY16 (down 1.9 per cent) are being spread among more loan writers.

The final ranking was determined by scores in five key areas: total book size, total loans settled in 2016, total volume of loans settled in 2016, book size versus years in business, and average broker volumes for 2016 (i.e. volume numbers divided by actual number of brokers). Each of the 70-plus brokerages that entered were given a ranking score in each category from 1 to 70 (1 being the best). The five scores were then added to give a final overall score. The lower the score, the better the ranking.

Aussie managed to retain its position as the number one brokerage in Australia, with more than 55,000 mortgages totalling over $18 billion in volumes over the 2016 financial year. The group now boasts a loan book of $63 billion.

Speaking to The Adviser, Aussie CEO James Symond said: “We are very proud to be the number one group in The Adviser’s Top 25 Brokerages once again. Aussie is always evolving and changing and if you look at our business five years ago and 25 years ago it has changed rapidly.

“Only 12 years ago we didn’t have a single retail store. Today, we are just about to open our 215th retail store. For us it’s about staying one step ahead.”

Touching on the emergence of new online players in the mortgage space, Mr Symond said that the group was “keeping a close eye” on them, but added that customers are seeking human contact more than ever.

“As the industry gets more complicated and more competitive, customers require more hand-holding. Today, in the Australian marketplace, that is something that is done belly-to-belly, face-to-face. We don’t see that changing anytime soon.”

He added: “Certainly, change is the one constant in life and ultimately you would think technology will play a far more material piece in the industry but I think that is some way off.”

Find out more about how Aussie has maintained its position as the country’s leading mortgage brokerage since 2013, in a special, bonus episode of the Elite Broker podcast.