Momentum Media is pleased to announce the winners of the third annual Australian Defence Industry Awards, which had over 600 people in attendance. 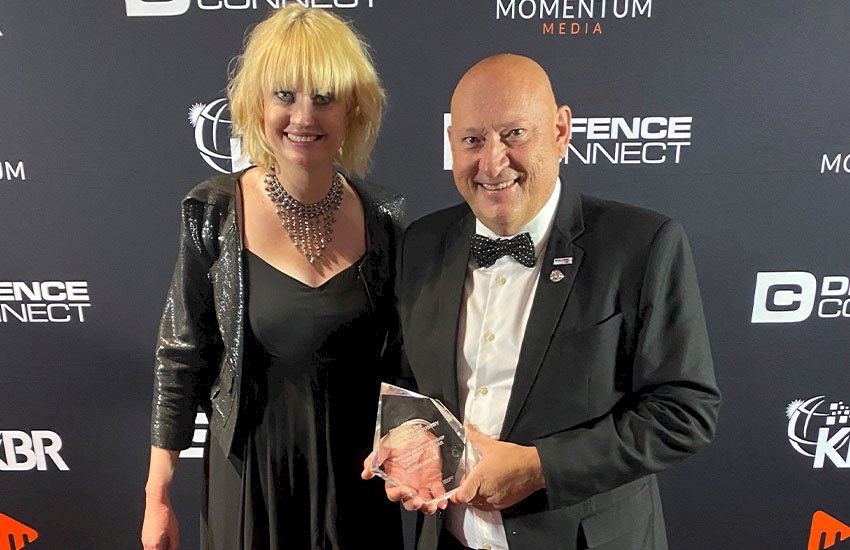 Recognising people and businesses, rather than products and platforms, the Australian Defence Industry Awards universally acknowledges all defence industry stakeholders — from primes, SMEs, academic institutions and associations through to high-performing individuals such as defence executives, Indigenous and female leaders, students, scientists, technicians and academics.

After delivering the awards in-person at four state locations and through a livestream broadcast in 2020, Momentum Media brought key decision makers from across the defence industry and the government together under one roof at the Defence Connect 2021 Australian Defence Industry Awards. It was a glamorous evening of celebrations at The International Convention Centre Sydney on Tuesday, 14 December.

Run in partnership with principal partner KBR, the awards – which were open to all businesses operating in Australia supporting the defence supply chain – were created in 2019 to underscore the comprehensive role of the defence industry as a fundamental input to Australia’s capability. They have become a coveted accolade for those seeking to cement their role in the industry.

This year, the black-tie gala event provided an opportunity to recognise the achievements and excellence of the industry’s most illustrious professionals and businesses, as well as all defence industry stakeholders, including primes, small-to-medium enterprises (SME), academic institutions and associations, as well as high-performing individuals such as defence executives, Indigenous and female leaders, students, scientists, technicians, and academics.

A total of 32 winners were chosen from a pool of 238 finalists across 32 categories this year.

In addition, there was considerable anticipation and excitement over who would take home the prestigious Defence Connect Excellence Award, which was given to the highest-scoring winner from the individual award categories.
This year, that honour was conferred to Karu Esselle, the distinguished professor in electromagnetic and antenna engineering at the University of Technology, Sydney.

Professor Esselle also won the Academic of the Year award earlier in the evening.

Defence Connect editor Liam Garman said the awards were created to celebrate the best and brightest in the defence industry.

“From graduates to researchers, local SMEs to primes, the awards are our opportunity to acknowledge everyone’s efforts in building a vibrant and innovative defence industry,” he said.

“I was absolutely thrilled to see everyone come together in-person at the defence industry’s night of nights and celebrate with our amazing finalists.”