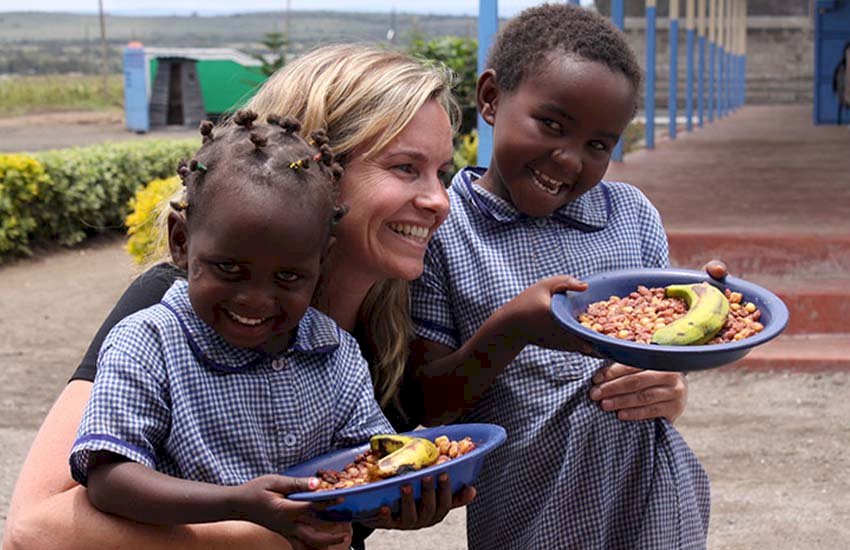 Cassandra Treadwell is CEO and co-founder of So They Can, a not-for-profit organisation committed to empowering children living in poverty through education.

The profession has responded to calls to assist children living in poverty in Africa by supporting the Lawyers Weekly education collective.

Momentum Media’s Lawyers Weekly and So They Can have announced that Lara Wentworth – one of the founders of Coaching Advocates, a global professional coaching network for firms, law departments, and individual lawyers – has thrown her support behind the education collective initiative.

Lara Wentworth – one of the founders of Coaching Advocates, a global professional coaching network for firms, law departments, and individual lawyers – has thrown her support behind the education collective, an initiative of So They Can, supported by Lawyers Weekly and Momentum Media.

Lawyers Weekly recently announced Momentum Media’s pro bono partnership with So They Can, an international not-for-profit organisation which aims to improve the lives of 36,000 children living in poverty through education.

Since its inception in 2009, So They Can has worked with some of the most vulnerable communities in East Africa to deliver education and improved learning environments to over 30,000 students.
Under the partnership, the two organisations will focus on creating a series of education collectives, each supporting a school. Every education collective includes 40 individuals who would fund the education projects that So They Can runs within its partner schools in Kenya and Tanzania (with a donation of $60 a month).

The first initiative was launched with Lawyers Weekly.

The impact of climate change is being felt in Africa, which is further exacerbated by compounding low levels of education among young children, particularly girls. Education could play a significant role in lifting communities out of poverty, while reducing the environmental impact of a rapidly expanding population.

After hearing about the initiative from So They Can CEO and co-founder Cassandra Treadwell at the recently held Lawyers Weekly 2021 Women in Law Awards, Ms Wentworth said she expressed an interest to become involved and raise funds as it resonated with her beliefs.

“The Education Collective initiative speaks to me on so many levels. It very much aligns with my belief that if we can teach someone to fish, we feed them for a lifetime,” she told Lawyers Weekly.

She continued: “This is a worthwhile project giving children (especially girls) the opportunity to build sustainable communities by empowering them through education. I’d love to see more girls complete school so that they can become independent, self-sufficient women, and pave their own path.”

In addition, Coaching Advocates will extend coaching services to the So They Can staff for free around career development, performance, time management, confidence, stress management, and goal setting, or any other issues that they would like assistance with so they can effectively execute their roles.

Ms Wentworth has also pledged to spread the word about the initiative to others in her network, and as such, has already fanned interest among lawyers and barristers.

Commenting on Ms Wentworth’s involvement, Ms Treadwell said: “Ms Wentworth instantly understood the need for, and impact of, So They Can’s work through our sustainable education development model, with an acute awareness of the hardship for girls.

“Lara is one of 40 lawyers that we are inviting to join one of our collaborations, and invest $720 each year to support one of So They Can's 48 schools in East Africa.

“Through our So They Can and Momentum Media partnership, we have a goal to create five such partnerships by July 2022, enabling over 4,000 children across five schools to receive life-changing education.”

Ms Wentworth has joined other lawyers in the initiative, including solicitor and mediator at Flourish Family Law, Kirsty Salvestro, who was the first to become involved.

“It is a privilege to have grown up in a country where receiving an education is a certainty, something we often overlook,” Ms Salvestro said.

“Yet, we all know that this fundamental right is not available to these vulnerable communities in East Africa. Being able to join the initiative and do my small part to assist in furthering the education programs for children is so rewarding and worthwhile. Giving $60 a month is very little for some of us. It is the equivalent of a few coffees a month.

“I hope there are more lawyers out there who feel the same as me and can join this collective so we can make a real difference.”

For more information about getting involved in the So They Can and the Lawyers Weekly education collective, click here.