THIS YEAR, we saw a significant increase in non-franchise brokerages, many of which have moved up the ranking from last year. 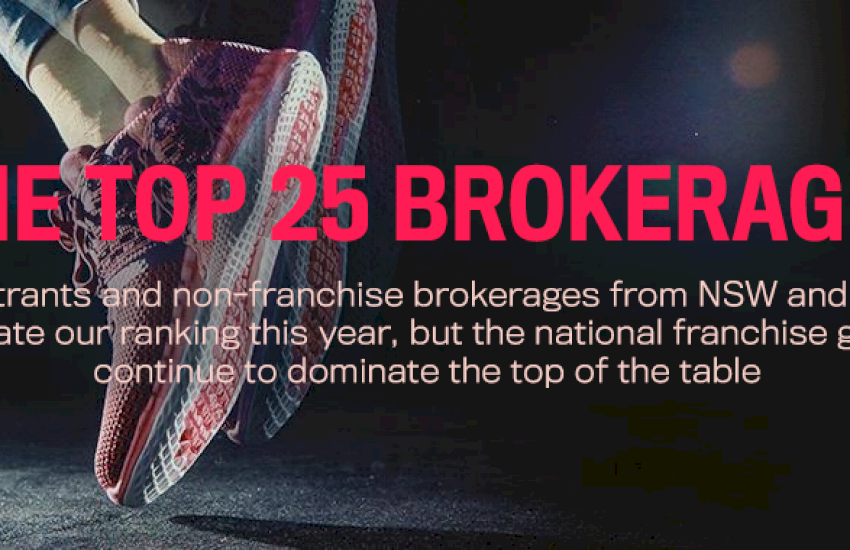 Twenty of the Top 25 Brokerages were non-franchise groups, but the pointy end of the table shows that the major franchise players still dominate the market.

The biggest improvement was from Victorian brokerage RateOne, which moved up seven places to rank ninth in our Top 25 Brokerages. The company has only been operating for five years, but it has built a loan book of $1.3 billion and generated $456.8 million in total volumes over FY17.

Taking a closer look at the metrics, it is clear that the nonfranchise brokerages continue to significantly outperform the major groups on broker productivity. For example, in 16th place, NSW-based Axius Partners has seven brokers writing an average $131 million a year. Meanwhile, Aussie Home Loans, which once again topped the table, had the lowest broker productivity at $18 million a year.

How is the ranking compiled?

How was the ranking scored?