Home/
Insights/
Momentum’s day out in an Army Black Hawk

Momentum’s day out in an Army Black Hawk 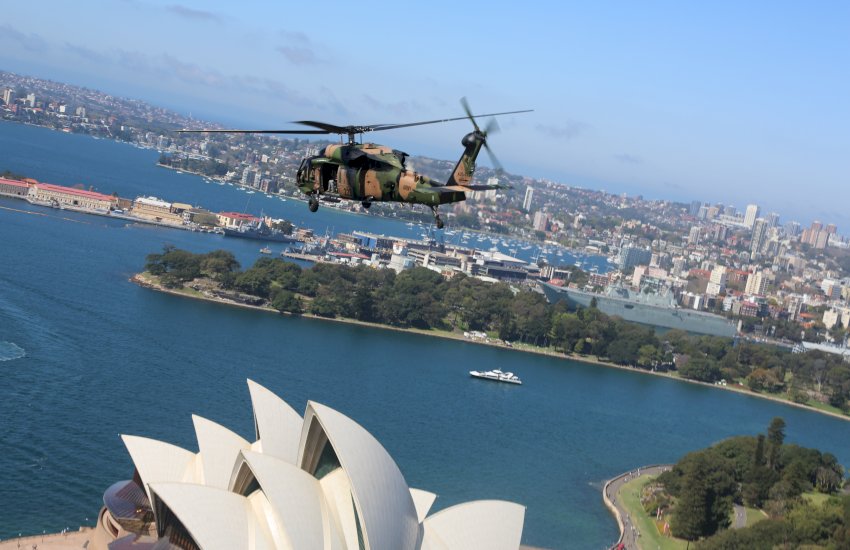 It started with what sounded like a deep, rolling and distant thunder, but there wasn’t a cloud in the sky above Middle Head as two Army Black Hawk helicopters appeared prior to landing at a cricket oval.

Steve Kuper, journalist with Defence Connect, said: “I grew up watching the Army’s Black Hawks flying up the coast, so to see them up close and in the flesh was awe inspiring.”

“Following an inspection of the aircraft, we were loaded onboard and before long we were in the air hovering effortlessly before heading out over the heads,” Mr Kuper said.

“As we headed out over the harbour, the power and capability of both the aircraft and the pilots was apparent as a strong crosswind left some of us in the ‘hurricane seat’ looking a little like a dog with its head out the car window.”

Heading over the south pylon of the Harbour bridge, the choppers began to exhibit a range of manoeuvres operating in close proximity to one another, showing the level of skill and co-ordination Australia’s special forces teams rely on.

“Flying over the Harbour Bridge further down the harbour towards Drummoyne, it was great to see the level of confidence the pilots and aircrew had in their aircraft, and it was important to understand why it was important to expose the public to flying operations,” Mr Kuper added.

“Heading back over the Sydney CBD it was an unbelievable experience seeing these aircraft and personnel operating with seamless skill and confidence – thank you to the Army for all that they do to keep the nation safe and for the day out with 6th Aviation Regiment.”