The leading platform for Australia’s legal services sector Lawyers Weekly has paid tribute to the individuals, teams and organisations that make up Australia’s legal profession at a live broadcast event attended by almost 3,000 practitioners. 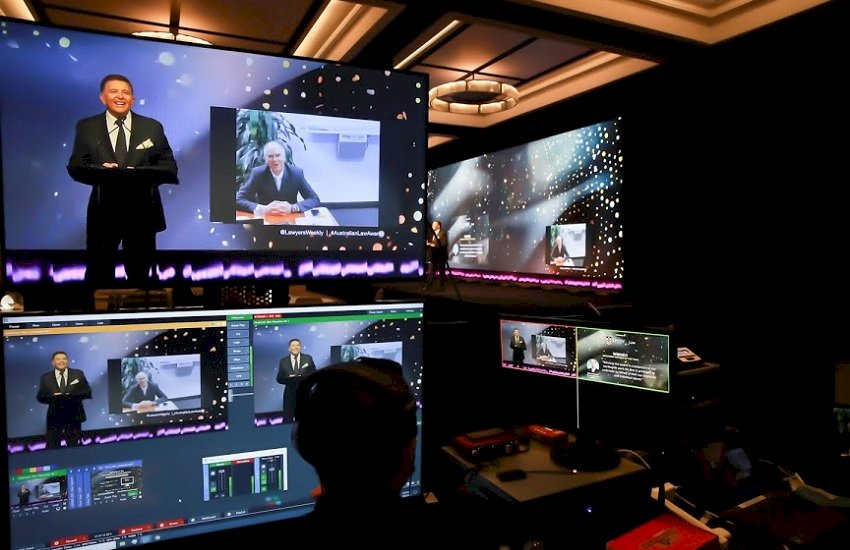 There were over 30 winners named, with recipients zooming in via the event’s THE BALLROOM platform to share a short speech on their success.

The Lawyers Weekly Australian Law Awards, hosted in partnership with UNSW Law, celebrated the achievements of legal professionals across Australia, from private practice and in-house counsel, to those at the bar, academics and students.

The event, which marked its 20th year this year, saw host Vince Sorrenti take to the stage at the spectacular Four Seasons in Sydney, NSW. 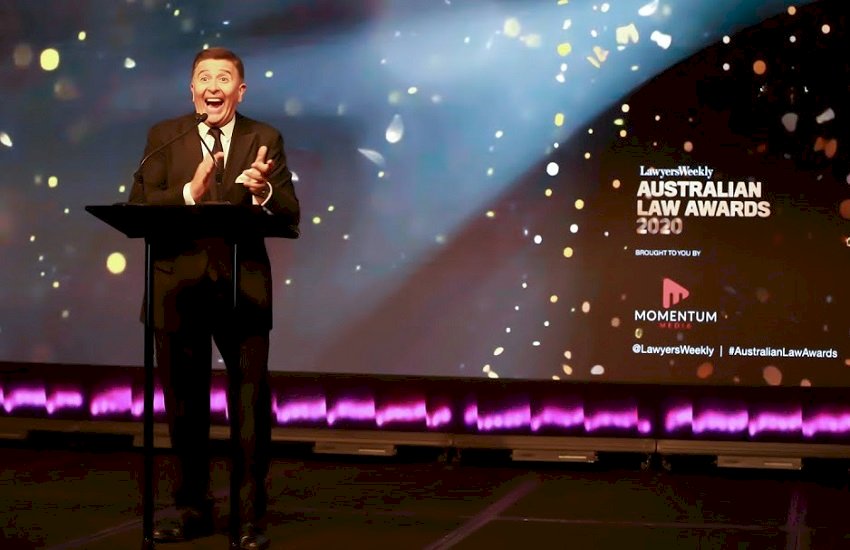 Unlike the awards of previous years, the milestone anniversary was delivered as a live immersive broadcast to ensure social distancing under the requirements of COVID-19. And what a 20th anniversary it was.

The very first Australian Law Awards was held at the same location in 2000.

The Australian Law Awards leveraged Momentum’s THE BALLROOM – a unique interface it has created that allows participants to receive their awards live online from anywhere in Australia (and the world) via a video connection, as well as allowing attendees to network across a range of virtual rooms. 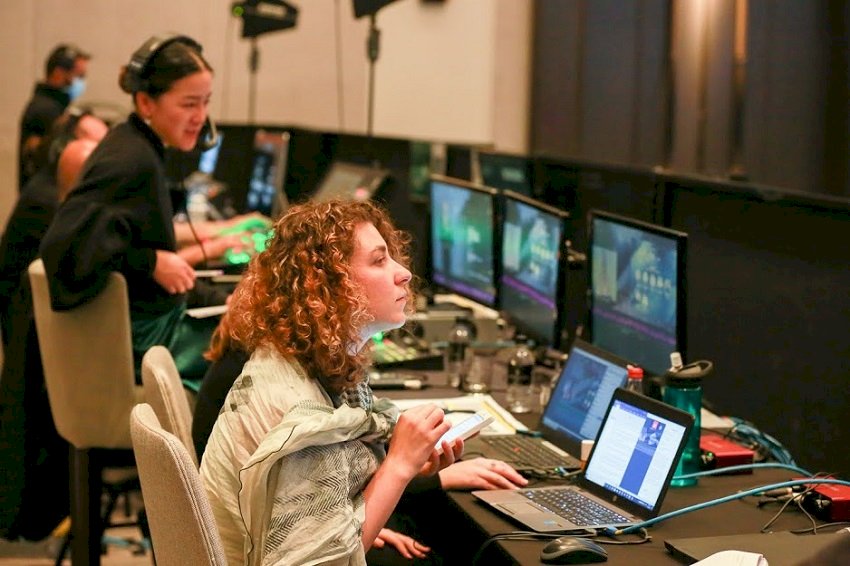 There were over 30 winners named, with recipients zooming in via the event’s THE BALLROOM platform to share a short speech on their success.

Also, unlike in years past, this year’s event saw Lawyers Weekly confirm the recipient of a public vote that had been put in place in the weeks prior, paying tribute to the legal professional who has played an active and ongoing role in advancing the profession from 2000 to 2020.

King & Wood Mallesons’ global chief executive Sue Kench – who was the first woman in Australia to lead a top tier law firm in that role – took out the coveted award in the end and joined attendees via the platform from her current residence in Hong Kong. 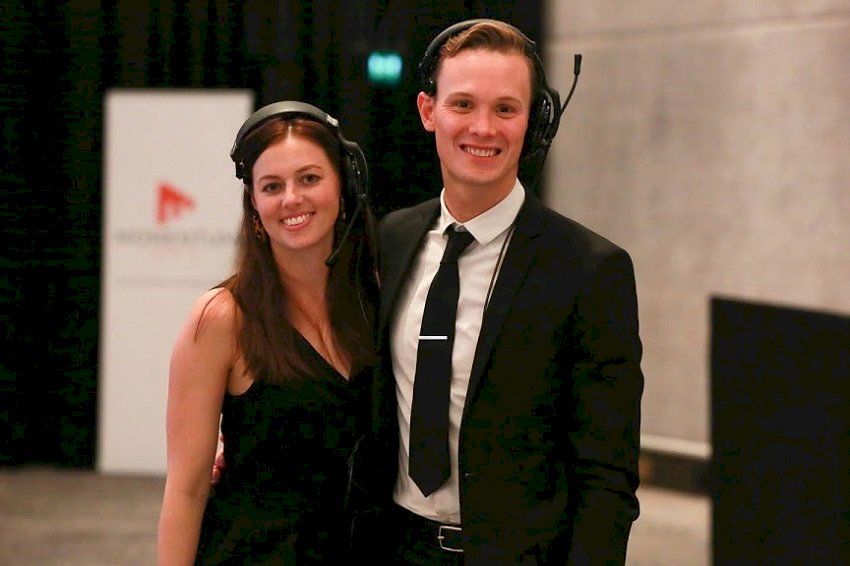 “The unprecedented circumstances that we’ve found ourselves in over the past few months have been challenging without a doubt,” Lawyers Weekly Editor Emma Ryan said in her opening address at the awards.

“The business of law has been forced to adapt, guiding clients through a new normal while undergoing changes to the way in which you operate on a day-to-day basis.

“Myself and the team at Lawyers Weekly have been thoroughly impressed with all of the efforts that have been made. 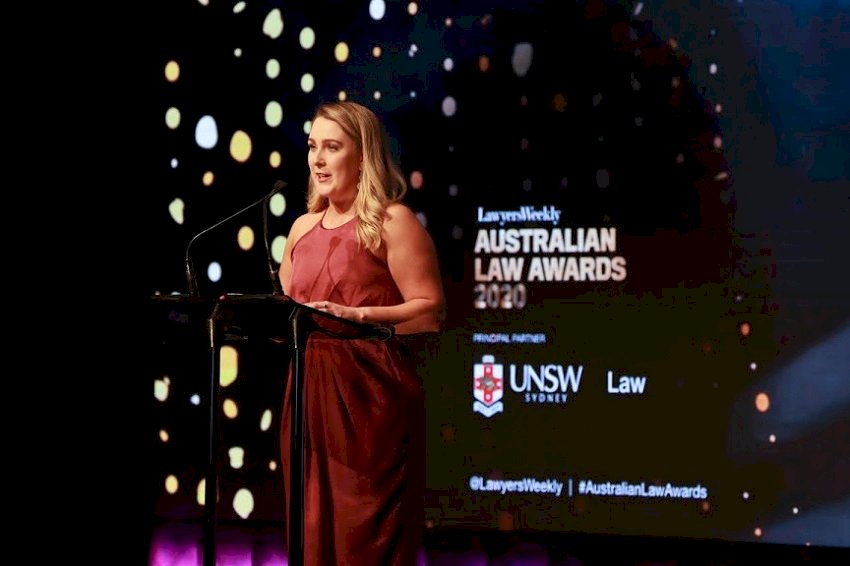 “Every day we get to hear first-hand from those in private practice, the in-house space, at the bar, academics, students and every other segment that makes up this important profession.

“We hear stories about overcoming the headwinds and rising to the occasion – and that makes hosting an event like this that much more important to us.”

Lawyers Weekly would like to congratulate all of the finalists and winners of this year’s event. A special thanks also to principal partner UNSW Law, gold partner Augusta Ventures, and event partners BarNet JADE and GlobalX for their invaluable support.

To view the winners of the 2020 Australian Law Awards, click here.