In March this year, Momentum Media director and Defence Connect podcast host Phillip Tarrant spoke with Australia’s Minister for Defence Industry Christopher Pyne. Mr Pyne is tasked with enhancing collaboration and connectivity between defence and industry, overseeing the delivery of capability acquisition and sustainment programs, and managing the defence industry. 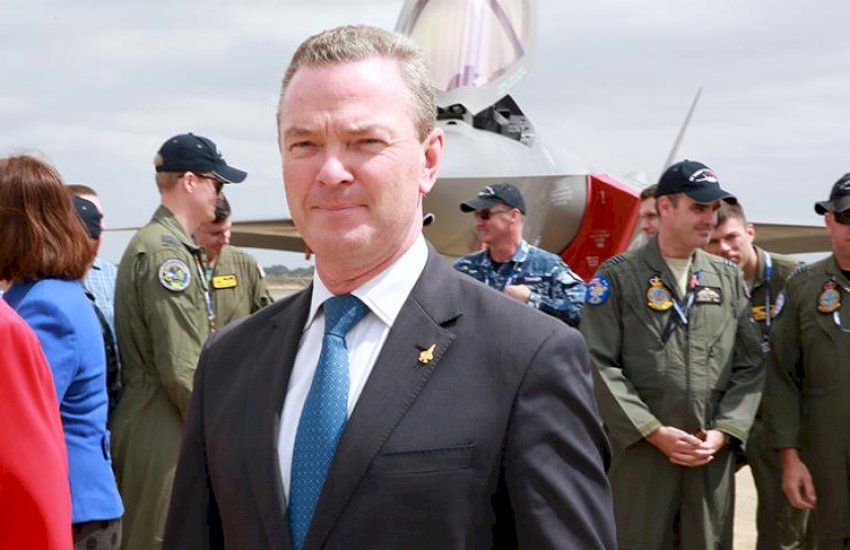 The Minister began the discussion with his observations on the recent election of a Liberal state government in South Australia, and its potential effect on the defence industry sector.

“Steven Marshall, the new Premier, is also the Minister for Defence Industry,” Mr Pyne said. “He clearly sees it as a very high priority, which has the potential to be quite transformative, not only to our strategic industrial base, but also to the South Australian economy.

“South Australia is certainly the home of submarine building, maintenance and sustainment, and large platforms in shipbuilding. As everyone knows who follows Defence Connect, it has a large footprint for things like the Defence Science and Technology Group. BAE Systems has a large presence there, as do most of the significant primes like Saab and Lockheed Martin, Raytheon, Leidos and so forth. It has a significant defence base.”

When asked about the scope of his portfolio as Defence Industry Minister, Mr Pyne said he is responsible for the largest build-up of Australia’s military capability in the nation’s peacetime history, worth $200 billion over the next decade and growing each year.

“Defence is a huge portfolio of its own,” he said. “Malcolm Turnbull didn’t want the enormous commitment that we’re making to defence industry in Australia to be a second priority to the Department of Defence or Australian Defence Force. Therefore, we need a cabinet-level, senior government minister who’s only job is focusing on the defence industry part of the national enterprise.

“I see it as an enormous opportunity to grow our economy and also to provide the capability to the ADF that they need and require in an unsafe world.”

Workforce requirements for the Future Submarine and Future Frigate programs

Mr Pyne reflected on South Australia’s readiness to undertake the SEA 1000 submarine and SEA 5000 frigate programs. While the money for these programs is available, the most difficult aspect will be to find the thousands of skilled workers required to deliver them.

“We have a base, but we need to probably add about another 5,000 people over the next four or five years – engineers, scientists, mathematicians and highly-skilled tradespeople,” he said.

“Sixty per cent of all the jobs in shipbuilding and submarine-building are for highly-skilled tradespeople in niche aspects.

“Work is underway to deliver the Naval Shipbuilding College that will produce about 1,000+ graduates a year when it’s in full operation.

“This year, we’ll release a strategic plan for skills and workforce development, which will add to the suite of structures we’re putting around the largest investment in the Australian economy by the Australian government in its history. That goes with the defence White Paper, the Integrated Investment Plan, the Defence Industry Policy Statement, the Naval Shipbuilding Plan, the Defence Export Strategy and the Defence Industrial Capability Plan.”

In early March, the government announced Rheinmetall Defence Australia as the successful tenderer for the $5.2 billion LAND 400 Phase 2 (Armoured Reconnaissance Vehicle capability) project, which will deliver 211 vehicles to the Army. Rheinmetall’s Boxer CRV vehicles were chosen over the BAE Systems/Patria AMV35.

According to Mr Pyne, the good thing about the decision was that it aligned with a clear recommendation from the Army about the capability it wanted.

“The AMV didn’t fulfil the capability the Army required, and it came a very clear second. So, it was a relatively easy decision,” he said. “If we’d chosen the AMV, we would have been knowingly choosing a vehicle that had not won the tender, so that would have been an impossible decision to make.

Mr Pyne said capability will also be central to the decision on the tender for the SEA 5000 Future Frigates program.

“Capability is always the number one priority,” he said. “The moment we choose an inferior platform, product, service, whatever it might be, because it’s Australian, over a technology or capability that’s better and from an overseas supplier, Defence will start to scratch their head and think, ‘This isn’t the direction we need to be going in’.

“We’re not doing that. We’re getting to have our cake and eat it too, if you like. We’re getting the capability we need, but we’re growing the Australian industry content.

“That’s what’s in the Defence Industry Policy Statement, which is about providing the funds and the support to get Australian industry to the point where they can provide the capability as well as anybody in the world, if they don’t already have it.”

When asked about the government’s commitment to aligning defence industry spending in the future with the Defence White Paper, Mr Pyne suggested some flexibility may be required.

Phillip Tarrant asked what would need to happen for Australia to become a true powerhouse in defence exporting. While we are the world’s 12th biggest defence spender, we are the 19th biggest exporter. Our ambitions, however, are to reach the top 10.

Mr Pyne said this would require a clear plan and a commitment to expenditure.

“The first thing that has to happen is that government has to have an agenda around it, which we’ve never had before, which we now have,” he said.

“We’ve ramped up our approach to expos, trade shows and conferences. We have a grants program to support small and medium enterprises to get to those kinds of trade shows.

“We’re now allowing the uniformed branch of the defence force to actually sell our capabilities in terms of equipment, platforms and services in a way they’ve never been encouraged to do. We’ve empowered the Defence attachés to make defence exports a part of their daily routine, rather than an interest, if they have it, apart from their strategic roles in the 70 missions around the world.

“We’ve ramped up the Global Supply Chain Program – putting more money into that to ensure the primes, and companies just below primes, become part of it.

“We’ve brought together – in the Centre for Defence Industry Capability and in Defence generally – all those different parts that had an interest in exports. Apart from the export permit office, we brought together all the others that have been involved in Team Defence Australia into one unit, so they’re all working together.

“Last year, the Australian Military Sales Catalogue was 14 pages. This year, it’s 94 pages. Next year, it will be bigger again.

“I believe we will increase our exports quite quickly. We now have a defence industry minister who is focused on exports, and who travels to the countries where we have prospects.

“Being among the top 10 exporters is a 10-year goal. It’s not supposed to happen next month. We’ve already moved into 19th position, but that’s based on the Stockholm Peace Research Institute, which I think is a flawed model and measure. Part of the Defence Export Strategy is to come up with our own measure, and then to apply it.”

On the skills that Australian businesses need to improve to their performance in the global supply chain, Mr Pyne said the intensity of our sales effort may have been insufficient in the past.

“We have the capabilities in lots of areas – Marathon Targets, remote weapon systems, the Bushmaster vehicles, Hawkei, Nulka, phased array radar,” he said.

“We could do more. We have to always keep improving our capabilities, because it’s a competitive market, and we also have to sell our own product when we’re travelling overseas. We have a lot of work to do. It’s very exciting. Australian businesses are very excited.

“I was the first minister in the Defence portfolio to go to the G’Day USA Defence Conference, which was remarkable. I was advised at the time that it wasn’t important for me to go. I said, ‘But isn’t it in Washington with all the people who might want to buy our products and services? Isn’t the United States still spending 50 per cent of the world’s military expenditure?’ I’m going again this year. We’ve never had that consistent approach before.

“We’ve always taken the view that, if it’s Australian it might be good, but it might not be as well. We now need to say, ‘It’s Australian. It’s the best in the world. We’re going to sell it overseas, and we have the backing of the government to do so.’ That’s a big difference.”

Mr Pyne said his government is offering some attractive incentives, such as the Defence Innovation Hub grants, to businesses that may be wavering in their decision to move into the defence sector.

“Normally a government would have waited 12 months and announced all the grants at once and got a big bang in the media for a big announcement about defence innovation grants,” he said.

“These projects are big though. The scale of the decisions we’re making are rarely in the millions – they’re usually in the tens of millions, hundreds of millions and billions. Such decisions won’t be made quickly, but in the last two years we’ve managed to make them on schedule as promised.

“We are changing the culture. I would say to people in defence industry who are frustrated, they should travel overseas with me to sell Australian defence exports. It’s a patience game. You have to go back again and again and again.

“The rewards are great if you win, and they’re worth fighting for. But if you expect a quick decision and a quick win, you’re not going to get anywhere. I’m only just starting to be recognised in Riyadh and Abu Dhabi as a regular visitor, but I’ve been to both places three times in two years. As every Australian businessman knows, hopping on a plane and flying anywhere in the world from Australia is a big effort.

“It’s a ‘drip, drip, drip on the stone’ story in defence exports. It’s the same across the whole industry. If you think you’re going to get into defence industry to make a quick buck, try something else.”