Broker shares dynamic life outside mortgages with the CFA

The Adviser has profiled a dynamic mortgage broker that balances his career with community support. 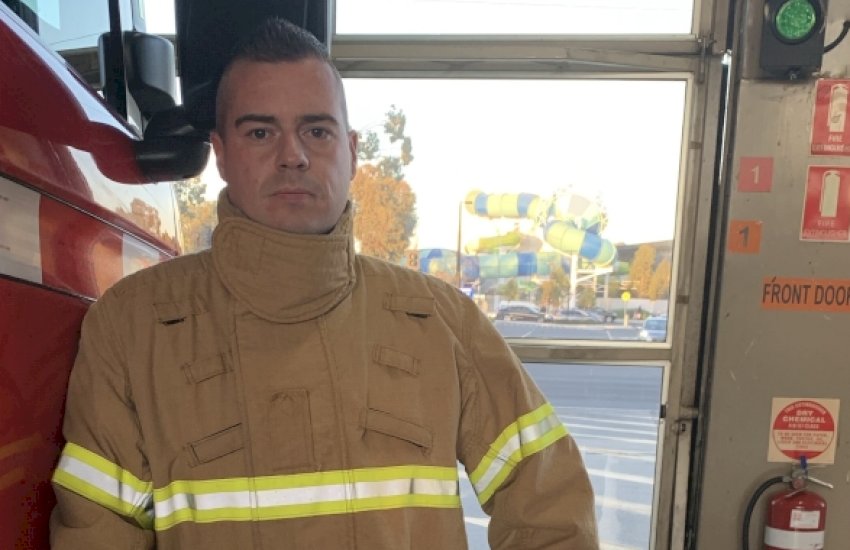 On 17 July 2019, Mark Unwin of Extra Financial helped save an infant trapped in a car at a shopping centre in Melbourne.

Speaking to The Adviser, the Richmond-based broker revealed that he was in the middle of writing a loan application when he was called from his broking business to his volunteer duties at CFA Hoppers Crossing.

“We got called to a child locked in a vehicle on Wednesday,” he said. “There was an accident and the mother didn’t have the keys to the car and the baby was locked in. I was doing a first-home-buyer application when my pager went off. So, I raced to the station, got my gear on and we were in the shopping centre within about two minutes.

“The baby was obviously significantly stressed and the mother, as you can imagine, was even more stressed. But within about three minutes of us arriving on scene, I removed the baby from the car. We did some basic medical checks and handed over to Ambulance Victoria, who checked the baby and, when all was well, handed it back to the mother.

“Then it was back home and working on the loan application again for me!”

Mr Unwin added that he had also been called to help extinguish a fire in someone’s back garden after their shed caught alight the week before, and was then “back home doing finance applications”.

“It definitely keeps me on my toes,” he said.

The new broker told The Adviser that his volunteering at Hoppers Crossing helps his broking business, as he is “always meeting new people and engaging with the community about fire safety” and that can lead to new referral sources and can generate leads.

While Mr Unwin has been a volunteer firefighter for 15 years (having started as a junior before becoming an operational firefighter at the age of 18), he is a relative newcomer to the third-party channel.

The Extra Financial managing director has been broking for less than a year and became a broker after finding that there was a gap in the market for one.

He explained: “I have a small share in an accounting firm and, after providing some ongoing consulting work to the guys in the office there, I asked them what the main thing clients were requesting that they weren’t able to provide assistance with. The number one thing clients asked for, they said, was finance – whether it be lines of credit for new business, asset finance or refinancing loans.

“The team wasn’t interested in becoming accredited brokers, as they were already busy as CPA accountants, so I decided to study, become accredited and start up my own broking business, Extra Financial.”

While Mr Unwin says that, while his mortgage broking business dominates his time, the firefighting side of things also plays a part in his working week.

“The call can come at any time,” he said. “There is no average day or week for me – or for any volunteer firefighter.

“I work Monday to Friday as a broker at a minimum, but I often work on Saturdays, for example, by attending auctions with a client. I work when my clients need me – if they want to meet on a Sunday or an evening, then I will do that. But with the fire brigade, it’s whenever I get paged and I have the ability to drop what I’m doing.

“It could be one hour a week or a couple of days a week, particularly in the summer, in the fire danger period when we often go away and fight bushfires,” he said.

The broker added that he would also be taking some time away from broking in September, when he’ll be running up the 28 floors of the Crown Metropol Hotel in Melbourne while wearing 25kg of full structural firefighting protective clothing and breathing apparatus to raise money to improve support services, fund research, remove stigmas and raise awareness of mental health issues.

Mr Unwin commented: “Mental health is such a prevalent issue at the moment and it is starting to get some traction out there in terms of raising awareness. We, unfortunately, as a brigade lost a member about three weeks ago, and that was quite a shock to all of us as a brigade and as an extended family to lose someone to mental health.

“I wanted to do something like this to raise awareness and draw attention to the fact that, often, emergency services personnel are exposed to really tragic and quite confronting events, particularly those people who are volunteers and, whilst there are support services out there, not everyone has the ability to reach out and get the assistance they need when they need it.

“So, by doing this and trying to raise some more money and encouraging people to reach out and let them know it is OK to be vulnerable and it is OK to be affected by the events that we attend, we can help save more lives than just purely raising money.”

If you are suffering from depression, anxiety or suicidal thoughts, or you’re worried about someone else and feel that urgent professional support is needed, contact your local doctor or one of the 24/7 crisis agencies listed below.