Home/
Insights/
Onboard the USS Ronald Reagan with the US Navy

Onboard the USS Ronald Reagan with the US Navy

Defence Connect experiences the clout of the US Navy during flight operations at Exercise Talisman Sabre 2019. 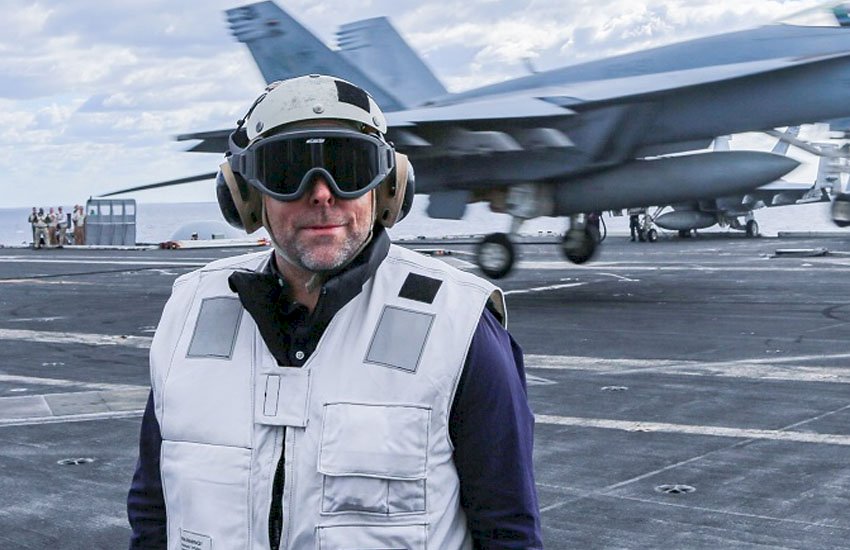 Exercise Talisman Sabre is a bilateral Australian and US training activity, designed to practice the planning and conducting of combined joint task force operations plus improve combat-readiness and interoperability.

Defence Connect director Phillip Tarrant was welcomed onboard the flagship of the US Navy Carrier Strike Group 5, the USS Ronald Reagan, to experience firsthand flight operations and life onboard one of the US Navy’s supercarriers during Talisman Sabre.

Occurring every two years, Talisman Sabre is a major exercise that reflects the closeness of the US and Australian alliance, and strength of the enduring military relationship.

Nearly 35,000 military personnel from the US and Australia took part in Talisman Sabre 2019.

Talisman Sabre exercises are conducted across northern and eastern Australia, and within Australia’s exclusive economic zone. Additional participants from third-party nations may participate or observe the exercise if invited.

There is no more potent symbol of American military might and presence than a US Navy aircraft carrier – the USS Ronald Reagan is the tip of the spear in the Pacific.

Forward-deployed to Yokosuka, Japan, it is a catalyst for promoting interoperability for key allies, including Australia.

“It was a privilege to have been invited by the US Navy, coordinated by the Australian Defence Force (ADF), to go onboard the USS Ronald Reagan and experience the professionalism, skill and precision of an aircraft carrier in operation,” Tarrant said.

“It’s certainly ballet in motion the flight deck of a carrier; extremely well-coordinated and focused, highlighting the skills and training of the men and women of the Navy.”

“In a rapidly evolving geo-strategic environment for Australia, the opportunity for our ADF to work with its close allies and conduct joint operations – with a view to interoperability – in exercises like Talisman Sabre is a key national security asset.”

The USS Ronald Reagan (CVN-79), a Nimitz-class nuclear-powered supercarrier, is named after the 40th president of the United States, Ronald W Reagan (term 1981-1989).

It is the flagship of the only forward-deployed US Navy carrier strike group, Carrier Strike Group 5, based out of Yokosuka, Japan.

Today, the carrier helps promote stability across the Pacific.

Each US Nimitz-class supercarrier is made up of a range of potent naval aviation assets, including: