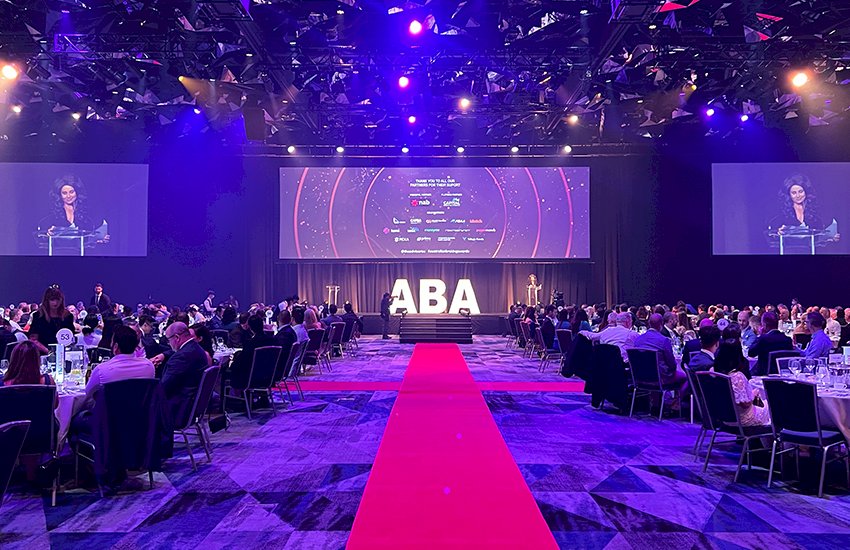 Momentum Media and The Adviser hosted the 11th annual Australian Broking Awards with principal partner NAB today (Thursday, 2 December) to recognise the leading brokers, aggregators, brokerages, and loan administrators operating across Australia during what has been another challenging year.

Returning as an in-person event this year after being broadcast via livestream in 2020 to comply with physical distancing restrictions, it provided an opportunity for the industry to gather, network, and share and celebrate their achievements with their peers.

Individuals, groups, and association heads were acknowledged for their hard work across 29 categories, with several ending the day as multi-award winners.

The winners for each category were as follows:

Ian Robinson, founding director, agribusiness and corporate finance at Robinson Sewell Partners won the Commercial Broker of the Year award and was crowned Broker of the Year 2021 (which rewards the highest scoring broker from the winners of the individual broker categories).

Mr Robinson was recognised for assisting farmers with their funding requirements as they endured significant financial and emotional stress due to the impact of the worst drought in 100 years. Mr Robinson was able to collaborate and negotiate with lenders to arrive at a resolution that met both the clients’ and lender’s requirements.

Furthermore, the volume of commercial mortgages written by his brokerage nearly tripled between 2019 and 2020.

Mr Robinson said the awards “is a demonstration of accomplishment by all commercial borrowers who have reached out and sought professional guidance and support for their business”.

His brokerage sought to partner with multiple suppliers in its focus on industries as part of its overall growth strategy.

Mr Bice said he has benefited from branching out from mortgage broking and into financial planning services. He not only began offering risk insurance with a client’s mortgage after realising that the two products and services “were a perfect mix”, but also positioned his service offerings so they were affordable for clients.

The Residential Broker of the Year title was given to Josh Bartlett, managing director of Mortgage Advice Bureau Melbourne, who reaped the rewards of playing the long game by specialising in the new home building sector in 2020 (which can take up to 18 months before a loan is drawn down), and building a pipeline of leads over the long-term that can be managed and scaled.

The brokerage reported a 19.2 per cent increase in the volume of residential mortgages settled between 2019 and 2020.

Peasy director Joel Wyld won the Customer of the Year – Individual award in recognition of his going above and beyond for his clients and prioritising customer outcomes. The majority (95 per cent) of his brokerage’s business is referred by existing clients.

Wilson Financial director and mortgage broker Elizabeth Wilson – who has been a regional broker for 16 years – was named Regional Broker of the Year, having achieved 85 per cent growth in loan volume year-on-year, attributable largely to her expertise in self-employed lending during the COVID-19 crisis.

The Finance Brokers Association of Australia (FBAA) managing director Peter White was named as this year’s Industry Thought Leader of the Year for consistently being the voice for brokers, regularly lobbying government and regulators, being involved in the Department of the Prime Minister and Cabinet over regulations impacting the broking sector, and initiating conversations around mental health in the industry.

The Australian Broking Awards was also an opportunity to recognise members for their initiatives outside of broking.

South Coast Business and Financial Solutions’ loan administrator Renee Menzies won the Loan Administrator of the Year award for her significant contribution to the business and her community.

Meanwhile, Heather Gallagher, outsource Financial state manager for NSW/ACT/South Australia and national education co-ordinator, walked away with the Mentor of the Year trophy for her significant efforts in undertaking comprehensive reviews of the business’ learning programs and modifying them, and generating several new learning pathways and programs. She also designed and delivered workshops around best interests duty (BID) for all outsource members.

Inspire Realty CEO Colin Lee was named Wellness Advocate of the Year for his tireless work in coaching other men to enhance their mental health and wellbeing after being mentored himself following a life-changing event, as well as raising funds for various causes (including non-profit organisation Mentoring Men).

New brokers in the industry were also rewarded during the awards ceremony, with Money Link’s senior finance strategist Connor Perry named the Newcomer of the Year (awarded to those who joined the broking industry in 2019). Mr Perry was previously a personal trainer before becoming a finance specialist in 2019 and joining Money Links in May 2021.

The Rising Star award (which is given to an industry professional with less than five years’ experience that is contributing to the prosperity of the broker channel) went to EverLend director and mortgage broker Evelyn Clark whose business and volumes written have doubled every six months since beginning her career in mortgage broking. She is now writing more in one month than she did in her entire first year.

The group awards singled out several independent and major brokerages as well as aggregators for their achievements during the year, with some picking up more than one award.

In a major coup, Empower Wealth Mortgage Advisory won the Customer Service of the Year – Office award, and Major Brokerage of the Year – Non-Franchise. It was commended for its growth trajectory built on recruitment, new product development and expanded training and development programs despite challenging external market conditions.

Office of the Year – Non-Franchise was won by Damien Roylance's brokerage, Entourage Finance, based in Victoria.

The Diversification Program of the Year award was presented to Infinity Group Australia for developing holistic financial literacy programs and training such as the two-day Money Mentor Masterclass to assist their clients with paying off their mortgages faster and saving on interest.

Mortgage Advice Bureau picked up the Innovator of the Year award (its second award this year) for launching two platforms in 2020 (MABRefer and MABSavers) that resulted in thriving referral partnerships while helping brokers capitalise on the surge in new home building and first home buyer activity throughout the year.

For the second year in a row, Birdie Wealth was awarded the title of Social and Community Engagement Program of the Year for its continued support of anti-violence organisation Enough is Enough in memory of family friend Tina Kontozis. The program involves donating up to $500 of the commissions of each loan that is settled through Birdie Wealth to the organisation. The brokerage reached the $50,000 milestone in donations in 2020.

Major brokerage Aussie (which is owned by parent company Lendi) was conferred with two trophies, including Major Brokerage of the Year – Franchise, and Marketing Campaign of the Year for pivoting during the COVID-19 crisis when clients were confined to their homes and targeting refinancers through creative campaigns to drive enquiry for home loans.

EverLend, the brokerage run by Rising star winner Ms Clark, was given the New Office of the Year Award, while Australian Finance Group (AFG) was rewarded for its ongoing education of brokers for a second consecutive year with the Training and Education Program of the Year award.

Annie Kane, editor of The Adviser, commented: “The Australian mortgage and finance market has been achieving record highs this past year, with the broking industry busier than ever to help Australian borrowers achieve their dreams.

“Given the record volume of business, the ongoing pandemic and a new regulatory regime, the broking industry has had to work harder than ever to help borrowers access finance. A key theme emerging through the submissions this year was that of a sector which has been working tirelessly to help clients, through thick and thin.

“All the finalists this year should be commended for their perseverance, their passion and their professionalism in an extremely busy period.

“Many congratulations go to the winners who are working tirelessly to showcase why brokers are, and continue to be, the channel of choice for Australian borrowers.”

For a full list of winners and for more information about the Australian Broking Awards, click here.