Australian Aviation’s Adam Thorn reflects on a wonderful moment in aviation history and a milestone for a great Aussie brand. 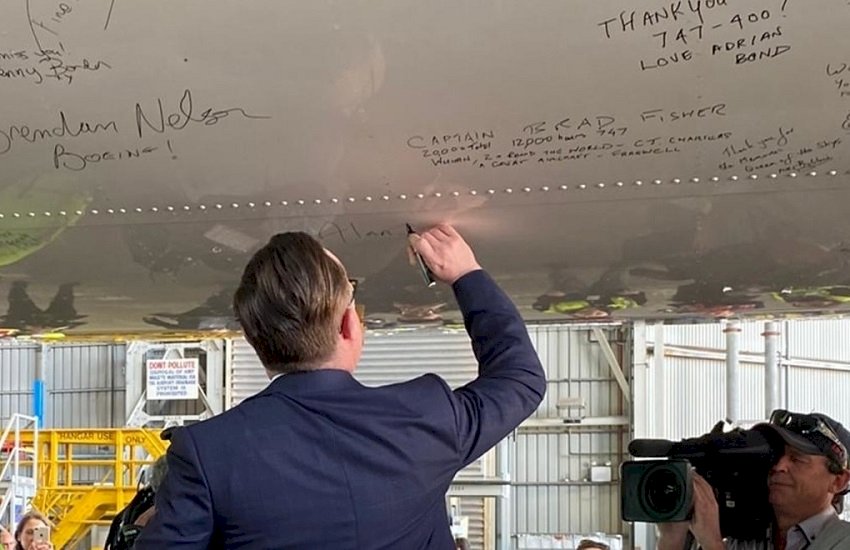 It’s hard to imagine an occasion like it in any other industry in Australia.

On 22 July, Qantas’ last-ever 747 departed the country and, to mark the moment, the airline held a special event for 150 of its staff in a normally unassuming hangar at Sydney Airport.

Australian Aviation was one of only a small handful of organisations invited to watch on, but the whole thing had the pomp and ceremony you’d associate with a royal funeral.

An orchestral rendition of I Still Call Australia Home played, a poem was recited, employees wrote tributes in permanent marker on the plane’s underside (including our very own Australian Aviation team), a guard of honour formed for the flight crew, retired pilots returned in full uniform, and people cried.

Grown men shed proper, big-dollop tears. For everyone in attendance, the 747 was a lot more than just 183,500 kilograms of hulking Boeing bravado. It was the iconic symbol of the aircraft that allowed Aussies to explore the world and the world to arrive and discover Australia for the first time.

Alan Joyce, Qantas CEO, has a reputation for shooting from the hip, but as he stepped up to deliver his eulogy, it was clear he’d put an awful lot of effort into this one.

In 1971, he told the mourners, Qantas took the biggest gamble in its history and spent $135 million – or around $1.5 billion in today’s money – on purchasing four of the first iteration of 747s. 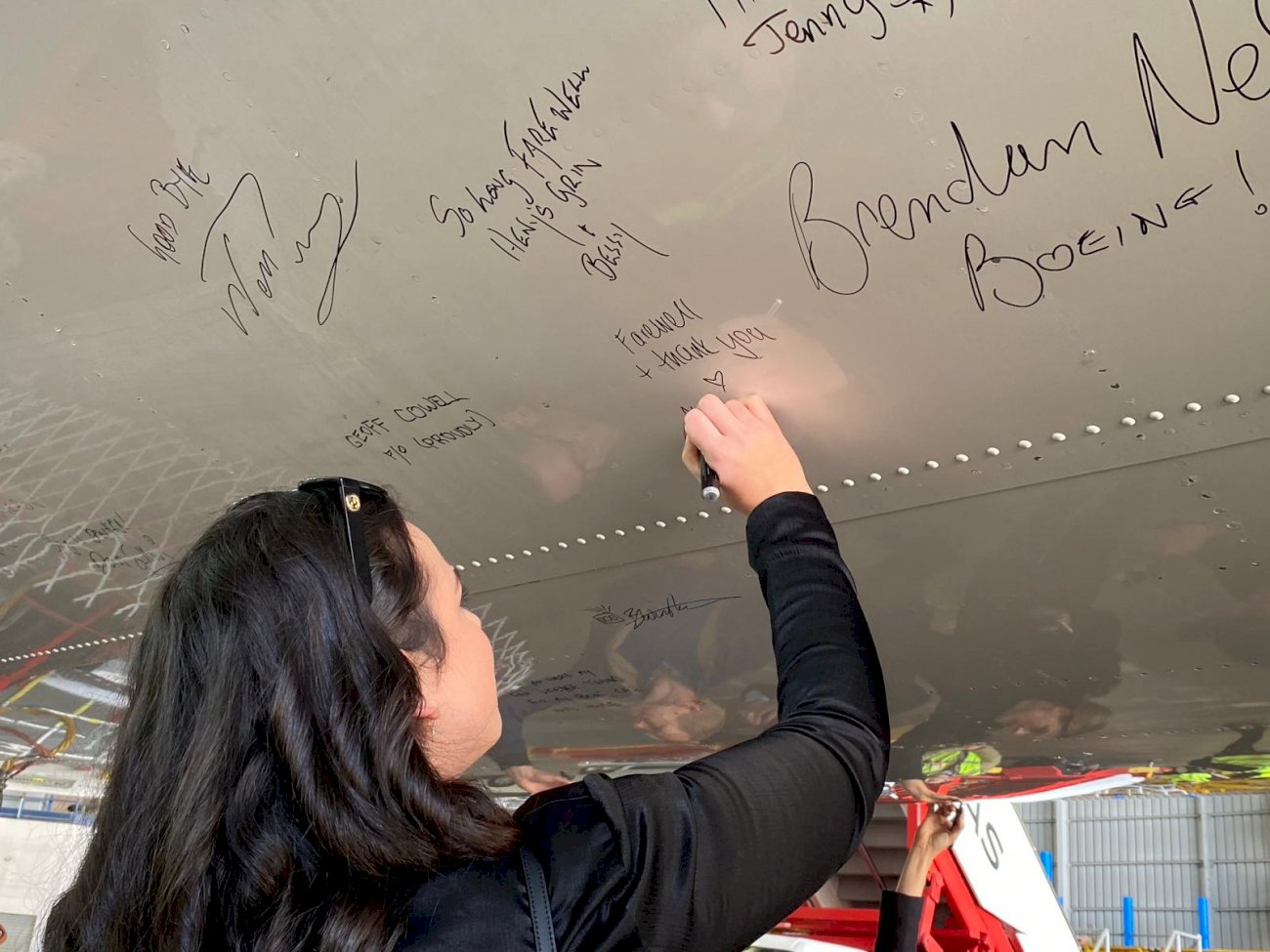 “It was a big call because nobody knew it could work,” said Joyce. “At the time, people thought supersonic travel was the way of the future.”

So shrewd was the purchase, the business would go on to buy another 65 of them over the next 49 years. “Airfares were unbelievably expensive, but then hundreds of millions of people could travel when they couldn’t before,” he explained.

And then he got emotional.

In 1974, he said, the 747 evacuated 674 Australians out of Darwin when Cyclone Tracy wreaked its havoc.

“It’s still the record for the maximum amount of people that have ever flown on the 747. Kids were strapped to their parents in seats. But the aircraft was there to make sure they got out that Christmas.”

It was the first of countless rescue missions flown by the 747.

Eight, for instance, went into Bali in 2002 after the bombings; fleets were dispatched in the days following the Boxing Day Tsunami; and, incredibly, it was one of the last 747s that flew into Wuhan as the country fought off the first flames of COVID-19.

The 17-year-old Boeing 747-438 flew over Sydney’s CBD, Harbour and beaches before dipping its wing above the HARS Museum at Shellharbour Airport, in a final salute to a fellow 747 retiree housed at the attraction.

Then, unexpectedly, Captain Quinn did something actually amazing: she steered the 747 to ‘draw’ a 275-kilometre x 250-kilometre Qantas Kangaroo in the sky as the aircraft headed off to its final resting place in the Mojave Desert. 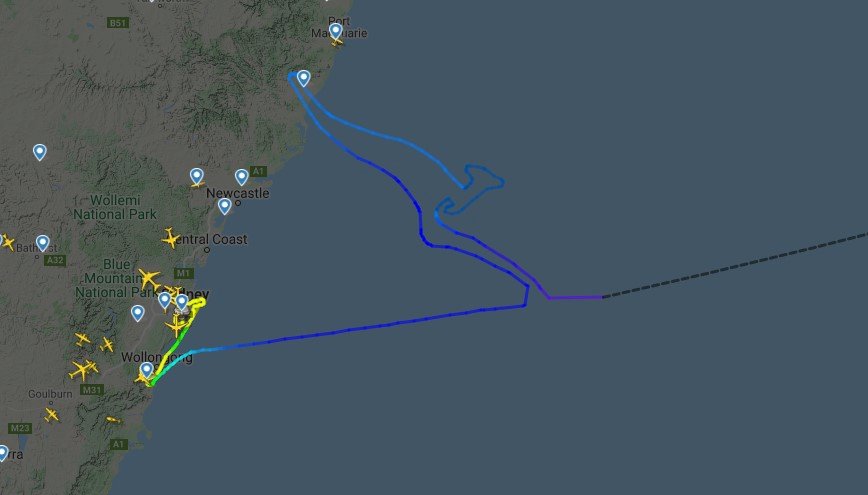 The stunt went viral. The next day, Australian Aviation reported that more than 600,000 people shared the animation of its flight path on social media and hundreds of thousands around the world tracked the flight – in real-time – on flight scanning websites. It became a true mainstream, cross-over moment for the industry.

And what this experience taught me is that it’s stuff like this that makes aviation unique in the corporate world. Because, on the one hand, this is an astonishingly sophisticated trillion-dollar industry employing around 10 million people worldwide.

But what makes it different is the shared passion among everyone associated with it. Whisper it, but the truth is the pilots are as proudly nerdy as the plane-spotters and the C-suite execs.