A television interview has provided our own Aleks Vickovich with an opportunity to speak about the high quality of Momentum Media’s journalism. 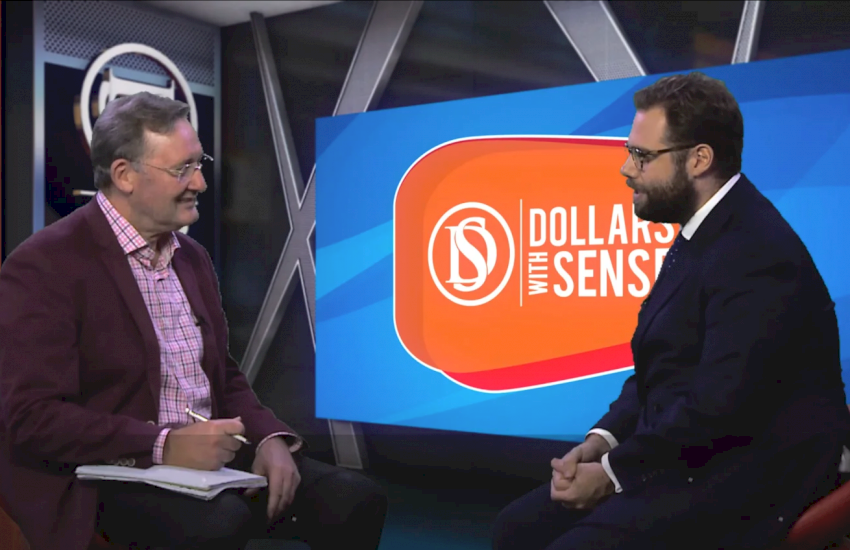 In early May, Momentum Media’s managing editor, wealth and legal, appeared on the popular television program Dollars with Sense to discuss FOFA (the Future of Financial Advice reforms).

Host Dallas Brooks was so taken with Mr Vickovich’s ability to provide clear, accurate financial information that he asked him to stay back to record a second interview – this time about the finance media in general and Momentum Media in particular.

“We’re all about niche publishing for various business communities,” he said.

“We have a unique readership, across investors, small business owners and professionals. We’ve been around for 10 years and have grown from a team of just seven people to over 100 now, with operations in Sydney and Manila.

“Some say the media game is dead. But my employers are quite bullish on the future of media.”

Changes in the finance industry

Mr Brooks asked about the biggest developments that have occurred in the finance industry over the past decade.

“A lot of our titles are aimed at different financial communities,” Mr Vickovich said. “Mortgage brokers, financial advisers, accountants and so on.

“One of the issues is that there’s a lot of information out there on the internet these days, and the quality varies. We see that there’s still an important role for independent journalism, without fear or favour.

“Our job, particularly with these business communities, is two-fold.

“Our second responsibility relates to technology. We look closely at emerging technologies that can help our readers’ businesses. I’ve spent time in Silicon Valley in the United States to research this. Our knowledge in this area enables us to help our readers to make sense of the technological opportunities out there.

“They are the two main trends across the business world now – adapting to regulatory change and adapting to technological change. We are at the forefront of helping our readers adapt.”

Mr Brooks then asked which media titles are best for consumers who seek help to invest in the future.

“The first thing I’d say is that the best thing you can do to make informed decisions is seek independent, unbiased, professional advice,” Mr Vickovich said. “That’s certainly something we believe in, in terms of the best interests of our readers.

“Having said that, we launched an online publication last year called nestegg.com.au, aimed at Australians at all levels of the investment spectrum. Whether you’re a Millennial just starting your investment journey, a pre-retiree in the accumulation phase, or a retiree, nestegg.com.au provides an objective view on the different financial debates – such as passive versus active investment, low-cost versus higher-cost investment strategies, and shares versus property. It addresses these issues with a genuine journalistic rigour.”

Mr Vickovich explained that, while Momentum Media has an in-house team of experienced journalists, it also relies on its external network of finance industry professionals.

“We collaborate with the business world to provide readers with good information,” he said. “We also hold business participants to account, on behalf of consumers.”

Reporting on the royal commission

When Mr Brooks asked about reporting on the ongoing Royal Commission into Misconduct in the Banking, Superannuation and Financial Services Industry, Mr Vickovich said that Momentum doesn’t pull any punches.

“Whether we’re writing for professionals or consumers, we have a responsibility to cover the issues fairly,” he said.

“We’ve followed a lot of the conflicts and debates that have led to the royal commission, so we understand the story and how it has evolved over the past decade. Now, we’re hoping that some of the issues in the financial system will be worked on, as part of this inquiry, and that we get a better outcome for consumers.

“Sunlight is the best disinfectant. We want to show consumers what is going on that might not be in their interests. By doing so, we can contribute to forcing industry players to act more ethically, in the best interests of consumers.

“It’s best if this can be done without the use of a blunt instrument like regulatory intervention or legislation. A lot of the time such things work in the favour of banks or large businesses, rather than small businesses and regular folk.

“We hope that high-quality journalism and inquiries like the royal commission will serve to produce a good outcome.”